4 Questions with The Center for Countering Digital Hate

The Center for Countering Digital Hate (CCDH) recently joined the Engaging Networks family and we couldn’t be happier to work with such an amazing organization! We caught up with Tom Lavelle, Head of Digital for CCDH, to share more of their mission and learn more about why they choose Engaging Networks.

1. What kind of work does the CCDH do?

The Center for Countering Digital Hate is an international not-for-profit NGO that seeks to disrupt the architecture of online hate and misinformation. CCDH was launched in late 2017, and today has offices in London and Washington, D.C. CCDH’s work combines both analysis and active disruption of harmful online networks. Our solutions seek to increase the economic, political and social costs of all parts of the infrastructure—the actors, systems and culture—that support, and often profit from hate and misinformation.

2. What do you like most about the Engaging Networks platform and why did you make the switch?

We like how easy it is to build pages and emails. We’re a small team and it’s incredibly easy to build pages out of the box, but Engaging Networks also provides the flexibility if we want to do anything a bit more complicated. We made the switch because as a growing organisation we needed a CRM and campaign toolset which could cover all our needs and be flexible and robust enough to grow with us.

3. How do you hope to use Engaging Networks going forward?

4. What are some of your current or upcoming campaigns?

To coincide with the start of the COP26 international climate summit in early November, CCDH published the Toxic Ten, which identified ten publishers who we estimated were responsible for almost 70% of engagement with climate misinformation on Facebook over a six month period this year.

In September, our Endangering Women for Profit campaign aimed to raise awareness of the prevalence of advertisements on social media for unproven, potentially unsafe “abortion pill reversal” treatments. These adverts were primarily funded by anti-choice activists in the US and targeted at women and girls as young as 13, with the consent of Facebook and Google.

To learn more about the CCDH, visit counterhate.com or follow @ccdhate on Twitter. For more information on how Engaging Networks is changing the nonprofit landscape, read some of our recent client case studies. 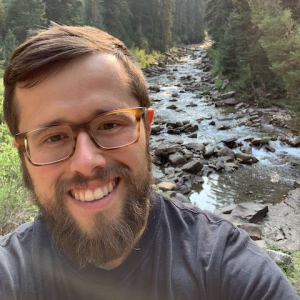 Everything charities need to know about Google Analytics 4 (GA4)