GivingTuesday was created in 2012 as a simple idea: a day that encourages people to do good. Since then, it has grown into a year-round global movement that inspires hundreds of millions of people to give, collaborate, and celebrate generosity. And in many cases, it’s the single largest giving day of any fundraiser’s calendar.

To win that many victories, Oceana fundraises online using Engaging Networks. In 2021, they attempted several new strategies to boost GivingTuesday (and year-end) fundraising – with great results.

Why Focus on GivingTuesday?

Carie Lewis Wilt, Director of Digital Marketing at Oceana, came into the organization in early 2021. After assessing past campaign efforts and digital marketing performance, she began the work of building a year-end fundraising strategy – a large part of which was to be GivingTuesday. There was room to do more and to tap into new tools they hadn’t taken advantage of in previous years. Knowing that most nonprofits receive 30% of their annual revenue in December alone, the opportunity to do more was obvious.

Paving the Way for GivingTuesday Success

They looked at every way possible to bring in low-dollar donations which counted towards the team’s revenue goals. The digital program brings in a steady stream of unrestricted revenue for Oceana.

Wilt began with some basic empathy work to understand year-end donor behavior, asking the question, ‘Why do people give in December?’.

They worked to optimize the donation process and user experience while looking for new ways to motivate people to give. Many tactics created a sense of urgency and caught the eye like thermometers and countdown clocks.

This helped guide some of the tactics they’d employ in their GivingTuesday (and year-end) campaign. From there, the team assembled a plan to boost revenue on GivingTuesday which included the following tactics supported by ongoing staff monitoring and engagement.

Oceana employed a GivingTuesday match with corporate partner, Dropps, to motivate donors and incorporated clever asks like $20 = the number of years Oceana has been protecting oceans. The results were remarkable.

Results of a Strategic GivingTuesday Plan

Don’t neglect your donor experience after the big campaign is finished. Add and remove countdowns, remove expired messages and redirect donors from closed forms. You never know when someone will click on that old email – and they still want to donate!

GivingTuesday for Oceana was the biggest fundraising day of the year outside of December 31st. In one day, Oceana had raised $97,827 to protect the oceans (the majority of which was processed on Engaging Networks). That was $20,000 over their planned GivingTuesday goal!

Wilt and the team continued their work of optimizing and completed a successful year-end campaign taking knowledge that would inform 2022 strategy forward.

Engaging Networks is proud to work with organizations like Oceana that make a difference for our world. To learn more about Oceana, visit their website and consider a donation. Or, watch the short video below. 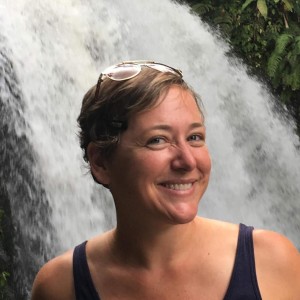